ZEBEDEE, a US-based fintech firm that provides payment processor for gaming industry, has secured $35m funding in its Series B round to scale payments platform for virtual world.

The latest round was led by Kingsway Capital and joined by The Raine Group, video-game company Square Enix.

The company’s current investors such as Lakestar and Initial Capital also participated in the latest round.

With the closure of the latest investment round, ZEBEDEE raised approximately $50m so far. 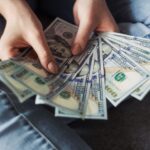 News
Klarna raises $800m at $6.7bn valuation to drive growth in US 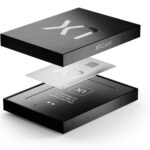 ZEBEDEE intends to use the new capital to develop customised products for games developers and build new partnerships.

ZEBEDEE CEO Simon Cowell said: “We are pleased to be in a position where we can confidently scale our team and grow our business even as the macroeconomic backdrop becomes increasingly uncertain.

“This funding round gives us the ability to meet our highly ambitious roadmap both in terms of building out our infrastructure to support the hundreds of millions of users that play our partners’ games, as well as hire the top-level talent needed to ensure every partner has the best possible experience working with ZEBEDEE.”

ZEBEDEE has developed a solution that enables game developers to incorporate programmable money into their games.

The company noted that its solutions allow developers to receive the payment, initiated during a game, instantly and at a nominal fee.

To convert the virtual money received in a game into real money, ZEBEDEE has developed both application programming interface (API)-based tools for developers, and an app for gamers.

The ZEBEDEE-powered games are designed to function as a wallet for sending and receiving money between games and players.

The company employs Bitcoin Lightning Network as a major component of its payments infrastructure.

In March this year, ZEBEDEE announced the rebranding of its wallet app in a bid to help the gamers to provide a suite of bitcoin-powered games inside the new app.