The contract gives the bank’s clients access to Western Union Money Transfer and bill payment services via its branches and online banking portal.

The bank has more than 740 branches with the majority of their branches located inside Walmart stores.

Western Union U.S. senior vice president and general manager Carter Hunt said: "Western Union and Woodforest have collaborated for more than a decade to bring convenience to consumers, and we remain committed to meeting the needs of those who need to move money with speed, ease and reliability." 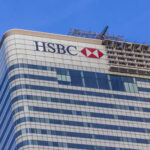 Commenting on the agreement, Woodforest president of retail banking Julie Mayrant said: "The expanded financial services we have been able to offer through Western Union have been a long-standing value added convenience to our customers. We look forward to our continued relationship with Western Union."