The UAE payments market is defined by a high reliance on cash among consumers, with cash accounting for 84.6% of the total payment transaction volume in 2017. This was primarily because consumers in the UAE see cash as a quicker and safer payment option over which they have more control. However, card payments are gradually increasing supported by government financial inclusion programmes, promotional campaigns by financial institutions, and the adoption of newer payment technologies.

In terms of transaction volume and value, debit cards will continue to dominate the overall payment card market. However, their usage is mostly confined to cash withdrawals at ATMs. Pay-later cards will remain the preferred card for payments at POS terminals. Growth in the Emirati payment card market will be largely driven by credit cards and charge cards, with their growth rates outreaching pay-now cards throughout the next few years.

Improving financial inclusion has driven the adoption of electronic payments in the UAE. The government introduced the Wage Protection System (WPS) in January 2009, requiring all wage payments to be made through a bank, bureau de change, or other authorized financial institution.

Under the WPS, the government requires the payment of salaries through banks or other financial institutions. The WPS is an electronic wage transfer system that offers transparency to both domestic and foreign workers, and addresses delayed payments or non-payments. All institutions registered with the Ministry of Labour come under the purview of the WPS.

The credit card transaction value at POS grew at a CAGR of 12.9% during the period from 2013 to 2017. Sharia-compliant cards, reward programmes, value-added services, and promotional campaigns have all been employed to encourage credit card use.

The UAE’s immigrant population accounted for 88.4% of the resident population in 2015, according to the International Organisation for Migration. Many expatriate workers use prepaid cards to remit funds to their home countries. The government’s WPS has resulted in a number of companies in the UAE using prepaid cards for payroll purposes.

Banks in the UAE are offering prepaid cards that can be used by card holders to transfer funds or remit money from one card to another. TransCash Corporation offers the TransCash Mastercard Prepaid Money Sharing card in the UAE, which is primarily designed for workers who do not have access to formal banking and require remittance services. The card can also be used by UAE nationals to transfer funds from one card to another in the domestic market. 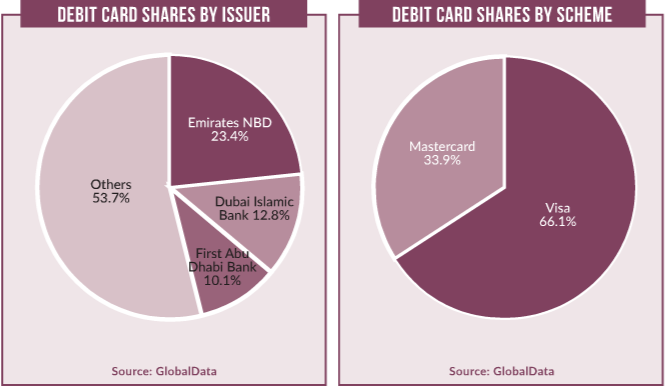 E-commerce registered significant growth, of 26% CAGR between 2013 and 2017. Debit and credit cards remain the preferred mode of e-commerce transactions, accounting for one third of the total e-commerce transaction value in 2017. However, alternative payments such as PayPal, CashU, and Masterpass are all gaining prominence for the purposes of online shopping. 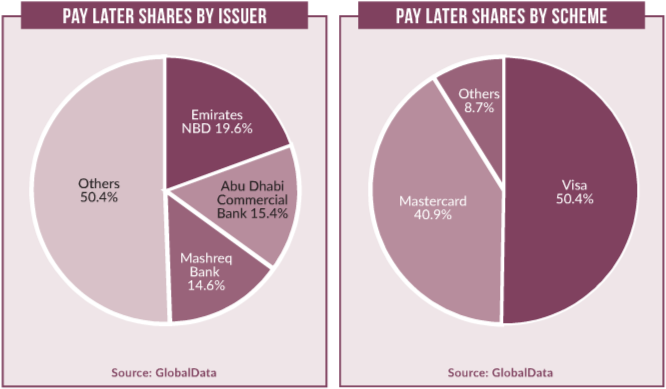 The growing payment card market has encouraged mobile point-of-sale (mPOS) solution providers to launch new products. For instance, NBAD partnered with Etisalat in June 2015 to launch Mobile Cashier, an mPOS solution allowing merchants to accept and manage debit, credit, and prepaid card payments with a mobile phone. The solution can be used to accept payments with a smartphone connected to a card reader via Bluetooth and to send receipts to customers by SMS or email