What’s the price of love? One might say it’s quite a large amount to pay. Sentimental spending in the Asia Pacific has heated up by 22% since 2015. Mastercard found that overall transactions during the Valentine’s Day season increased by up to 74% over the last three years. This revealed that consumers in the Asia Pacific are cashing out more for Saint Valentine.

The index was formed by studying global credit, debit and prepaid transactions from the 11 – 14th of February between the years 2015 – 2017. One takeaway is that the way to someone’s heart is food – the “universal language of love,” as dinner dates proved to be the most popular way to spend Valentine’s Day, consuming a 69% share of spend and nearly a third of transactions in 2017.

Jetting off for a romantic getaway saw a rapid rise, as the number of transactions increased by 17% in 2017, and opting for a night away in a hotel has held its ground with a 34% share of spend. 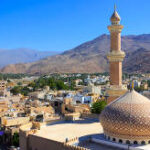 However, home is where the heart is. Mastercard found that nearly 1 in 3 people celebrated Valentine’s Day in the comfort of their homes.

The results showed that, while gift giving continued to increase, the way consumers pay has changed. Tap-and-go payments tracked a 46% increase in transactions made, while its value rose by 166%. Online shopping increased by 30% but, according to the Index, the personal touch of Valentine’s Day held strong as 89% of Valentine’s Day transactions are still made in person.

Rustom Dastoor, senior vice president of marketing and communications, Asia Pacific at Mastercard, said: “Whether it’s a small, sweet gesture or a sumptuous surprise for that special someone, consumers in the Asia Pacific are feeling the love and spending more than ever before. The proof is in the purchase, as Valentine’s Day continues to be one of the most popular spending periods of the year.”

In comparison, Canada saw a 27% in the number of transactions made on transportation, and the share of contactless transactions has seen an increase of 96% since 2015. In Europe, the amount spent on flowers increased by 29% since 2015, however, Mastercard revealed that spending on jewellery decreased in Europe by 5%. Furthermore, in the Middle East, consumers stayed ahead of the game, with the majority (29%) of Valentin’s purchases being made on the 11th of February.

Dastoor added: “Now in its third year, our Mastercard Love Index offers retailers priceless insights into how customers want to enjoy the most romantic day of the year. These insights, coupled with world-class technologies, enable us to co-create priceless experiences with cardholders and the people they care about most.”