PayPal says that online instalments are popular with French consumers. In particular, PayPal references research showing that 64% of users would have postponed or not completed their purchase without an instalment option available.

In addition, 84% of consumers are more likely to shop again at a retailer with an instalments option. The option to pay with instalments will be automatically available as a funding mechanism in the PayPal wallet at all qualified PayPal merchants in France.

PayPal is one of the first companies to provide instalment solutions for small businesses in France. There are no additional fees or integrations for the merchant, and the merchant gets paid up front.

Customers receive a credit decision almost instantly, and pay 25% at the time of purchase for items from €100 to €2,000.

PayPal is continuing to expand “buy now, pay later” solutions through global expansion and customer-driven innovation. PayPal Credit – the digital, reusable line of credit with No Interest if paid in full in 6 months on purchases of $99 or more helps merchants increase sales and loyalty.

According to PayPal it has processed more than $50bn in lending since 2008. PayPal Credit expanded to the UK in 2014, surpassing £2bn billion in UK lending in 2019.

PayPal Ratenzahlung, German Instalments by PayPal, launched in 2016 and serves PayPal’s 23 million customers in Germany. In Australia, the Netherlands, Germany, France and Spain, consumers have the option to “Pay After Delivery” – another “buy now, pay later” offering supported by PayPal. 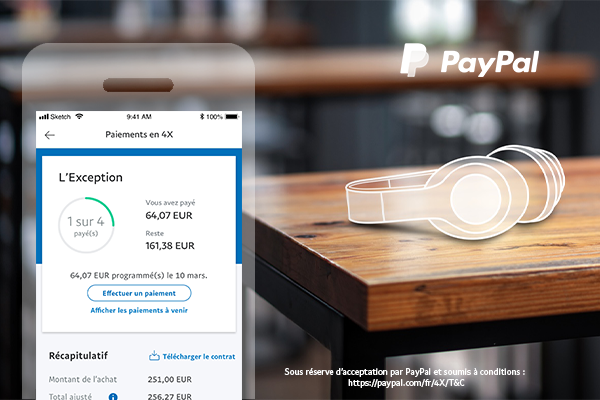