The latest investment, which was made in common equity, came in the backdrop of various challenging conditions such as high inflation, growing interest rates, rising fears of recession, post pandemic situation as well as displacements due to the war in Ukraine, among others.

However, the funding, the value of which is three times higher than the amount received in 2018, has enabled Klarna to beat its rivals, said the company. 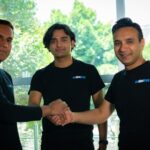 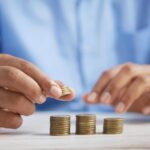 Klarna intends to use the new capital mainly to expand its presence in the US market.

Klarna CEO Sebastian Siemiatkowski said: “It’s a testament to the strength of Klarna’s business that, during the steepest drop in global stock markets in over fifty years, investors recognised our strong position and continued progress in revolutionizing the retail banking industry.

“Now more than ever businesses need a strong consumer base, a superior product, and a sustainable business model.”

In addition, Klarna plans to allow its smaller shareholders, numbering around 1000 entities, to participate on a pro-rata basis in a process that is expected to be in pace for the next few weeks.

Sequoia partner Michael Moritz said: “The shift in Klarna’s valuation is entirely due to investors suddenly voting in the opposite manner to the way they voted for the past few years.

“The irony is that Klarna’s business, its position in various markets and its popularity with consumers and merchants are all stronger than at any time since Sequoia first invested in 2010.

“Eventually, after investors emerge from their bunkers, the stocks of Klarna and other first-rate companies will receive the attention they deserve.”