Kenyans should use digital payment methods instead of cash as a precautionary measure against the coronavirus, the government has said.

Kenya’s Ministry of Health has advised consumers to use digital payment methods as an alternative to cash and paper cheques to protect themselves against the covid-19 virus.

“We are advising you to use digital payment methods like mobile banking and debit and credit cards instead of cash as a precautionary measure against the coronavirus outbreak,” the ministry said in a press release.

As we go to press, the East African country has recorded 384 cases of coronavirus, 15 death and 129 recoveries.

More than two months after Egypt became the first country in Africa to confirm a coronavirus case, the outbreak appears to have reached almost every nation on the continent of 1.2 billion people.

Out of Africa’s 54 countries, only two have yet to report a case of the virus: Comoros and Lesotho.

As of April 29, the confirmed coronavirus death toll on the continent stood at 1,534, with fatalities including the former President of the Republic of the Congo Jacques Joachim Yhombi-Opango and Somalia’s former Prime Minister Nur Hassan Hussein.

There are 35,371 confirmed infections and 11,727 recoveries, according to the Africa Centres for Disease Control and Prevention.

The spread of covid-19 in Africa is of particular concern because of the fragility of most of the countries’ healthcare systems, and the prevalence of some big public health issues, particularly malaria, TB and HIV.

Bill Gates, the Microsoft founder whose charitable foundation is focused on the pandemic, has warned that, if left unchecked in a region of crowded slums and flimsy health systems, the disease could claim a horrifying 10 million African lives.

Yet, more than two months on, some experts are daring to whisper a more hopeful message. Maybe, just maybe, the continent could be spared the worst of the pandemic.

At face value, the figures suggest that a continent of 1.2 billion people has suffered fewer Covid-19 deaths overall than the US (with less than a third of Africa’s population) is recording each day.

At this stage in the evolving saga of the covid-19 pandemic, the medical establishment (certainly the professionals this reporter spoke to) seems at a loss to explain why so few covid-19 cases have been reported in Africa.

One possible answer is that Africa’s youthful population may help to explain the low death rate so far.

Indeed, the median age in Africa (according to Worldometer, as service run by an international team of researchers and scientists) is estimated at 19.7 years.

In fact, Africa is home to the 10 youngest countries in the world, as seen in the following chart based on United Nations data. 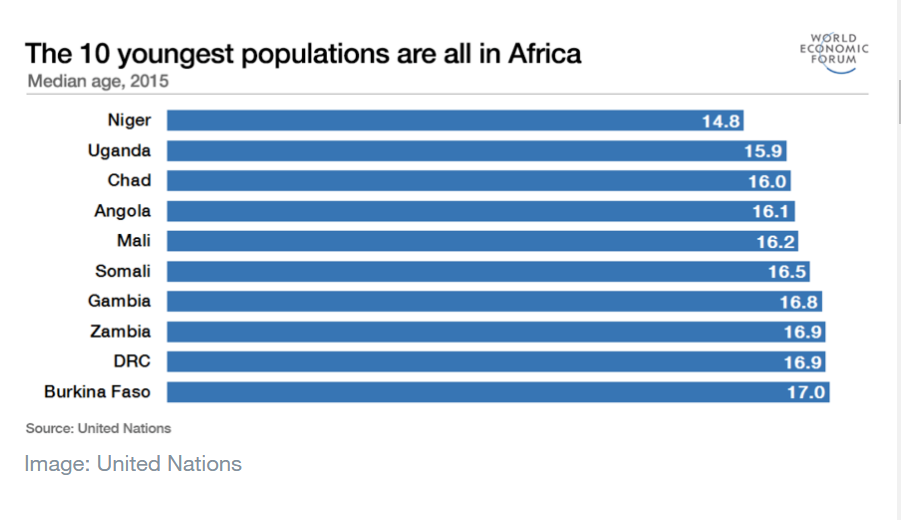 The next chart, from the World Bank’s data, predicts the continent will see the biggest percentage change of all, over the next 30 years. 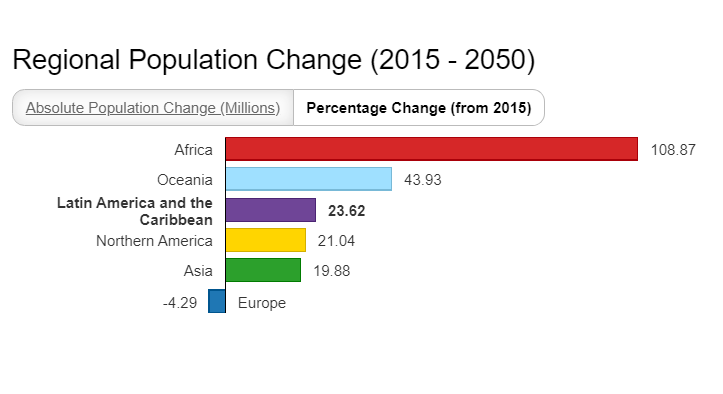 Other potential reasons people have put forward for Africa’s apparent resilience to coronavirus include:

Hot weather (i.e., the effect of ultraviolet light or a climate that means people spend more time outside), decisive action taken by governments, and lessons learned from past epidemics.

Some observers have argued that Africa might simply be behind the curve on the spread of covid-19; that many cases might have gone undetected; or that the prevalence of BCG vaccinations against tuberculosis could be a significant factor; or again that the virus might be spreading “differently” in Africa, including with more asymptomatic cases.

Ultimately, it’s all speculation at this point. The truth is that much still remains unknown about coronavirus.

For an official explanation of Africa’s unexpected resistance to the deadly virus, the jury is still out.

UBS looks to buy $400m worth stake in Paytm