The deliberation comes after Chinese regulators have been pressurising Ant Group for over a year to end ties with Alibaba Group.

As part of the crackdown, the authorities stalled Ant Group’s $37bn initial public offering (IPO) in 2020. They are also pressurising the company to restructure and operate as a financial holding firm under the central bank of China.

With the departure of Jack Ma, co-founder of e-commerce giant Alibaba, Ant Group is expected to minimise corporate-governance risks from over-dependence on the entrepreneur. 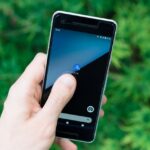 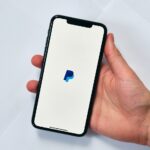 The publication further stated that Ma, who is one of the most leading entrepreneurs in China, has been facing the brunt of the government for his growing influence and control of his businesses.

Ma has helped in the development and expansion of Alibaba affiliate Ant Group, which operates mobile payments app Alipay that is used by over one billion users.

The company would have a valuation of over $300bn had the flotation materialised.

Although Ma does not have any executive or other position at Ant Group’s board, he reportedly owns 50.52% of its shares through an entity where he exercises a commanding role.

Ma might hand over some of his voting rights to other Ant Group officials including CEO Eric Jing.

If transferred, these rights will be used by the new owners to jointly run the company, stated WSJ citing sources familiar with the development.

Currently, Ma controls Ant Group via a company known as Hangzhou Yunbo Investment Consultancy that controls two other units that jointly own over half of Ant’s shares.

The entrepreneur initially owned all of the business. However, he shifted two-thirds of the shares to the three associates in August 2020 before filing for the IPO.