The bank’s executives had held talks to buy fintech credit card platform Deserve, the sources aware of the discussions told the publication.

In 2019, the lender invested in Deserve and a Goldman Sachs managing director holds a seat on Deserve’s board. 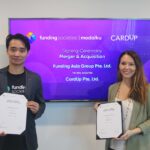 While the talks to buy Deserve began in 2021, the most recent discussions happened last month, the sources said, adding that currently, no official talks are happening between the bank and the companies.

A spokesperson for the Wall Street bank said that it has already developed technology platforms for card partners.

“We have the ability to scale these businesses with our existing technology and are not currently looking for acquisitions in the space,” the spokesperson was quoted by the publication as saying.

According to sources aware of the talks, bolstering payment technology capabilities could give Goldman Sachs a leverage when competing for credit-card partnerships.

The bank intends to be prepared for when technology companies launch embedded credit card programmes in their apps, they added.

Recently, the US-based lender started cutting resources dedicated to its retail banking arm as part of the group-wide restructuring.

The bank will retain its credit card partnerships with Apple and GM that will be moved to a new unit, the report said.