In 2018, Chinese companies received the largest share of venture capital (VC) funding by value in the emerging tech companies space.

This is according to research by GlobalData, which found that of the five companies, four represented China.

Pinduoduo and Lufax are into digital business, while SenseTime is active in the artificial intelligence (AI) space.

Chinese companies continue to dominate the top spots, however, American firms did attract the largest number of investment during the year.

Financial Deals Analyst at GlobalData, Aurojyoti Bose, commented: “Chinese companies are making their presence felt in a big way. There has been a surge in fundraising by Chinese companies, which is a testimony to the fact that China’s presence is rapidly growing in the emerging tech space.” 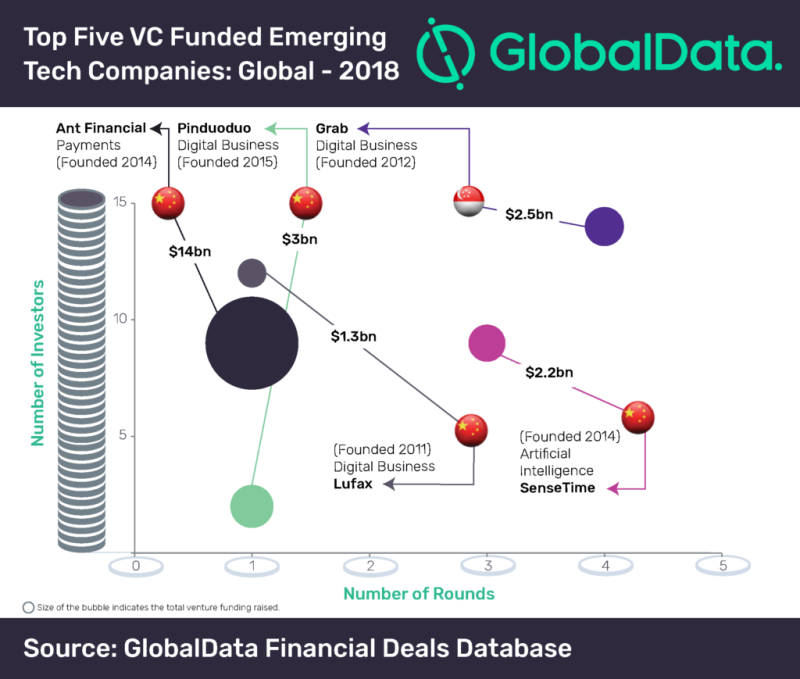