Bank Indonesia, the central bank of the country, is planning to introduce its own digital currency for wholesale use with an aim to help various stakeholders to transfer money easily.

As part of the plan, Bank Indonesia is expected to issue an abstract design of the proposed digital rupiah by the end of the year. It was disclosed in a recent briefing by Bank Indonesia governor Perry Warjiyo.

Warjiyo was quoted by Bloomberg as saying: “The principle of digital rupiah will be the same as paper money, which is to be the only legal currency for digital transactions in Indonesia.” 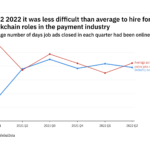 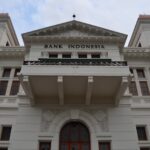 Bank Indonesia has been examining the potential of its central bank digital currency (CBDC) for around a year in order to join the global race of implementing cryptocurrency as a system of payment.

In addition, Bank Indonesia is in talks with its peers for technology advancements. The bank is also holding talks on cybersecurity related matters of the digital currency.

It plans to allocate the CBDC among big banks and payment service providers who will sell the currency to small banks. This process is set to allow different retail dealings.

Central banks of other countries including the Philippines and Australia are also considering such options, which are anticipated to advance the payments sector by using blockchain technology.

Economist at Oversea-Chinese Banking Singapore Wellian Wiranto said: “This is to avoid the classic issue of disintermediation of banks, whereby households would prefer to bank directly with the ‘risk-free’ central bank than banks on the street, especially during crisis period.”