The US payment card market is mature, with a high penetration of more than four cards per inhabitant. A wide range of card-issuing and alternative payment brands, including peer-to-peer (P2P), e-commerce and mobile proximity payments, are available. US consumers have a great deal of choice as a result, and a wide variety of specialist and generalist products are available.

Use of cash is gradually declining, with cards used infrequently at ATMs. Cash, however, remains an important part of the market, and the US is not yet a cashless society. Issuers should therefore emphasise the benefits of contactless technology to make payment cards even more attractive as a cash alternative.

Companies from diverse sectors have launched solutions to gain market share. Mobile phone manufacturers such as Apple and Samsung, technology provider Google, banks including JPMorgan Chase, Wells Fargo and Capital One, and retailers such as Walmart have all launched their own payment solutions. In this highly competitive market, these companies are also expanding their scope beyond payments to attract and retain customers. 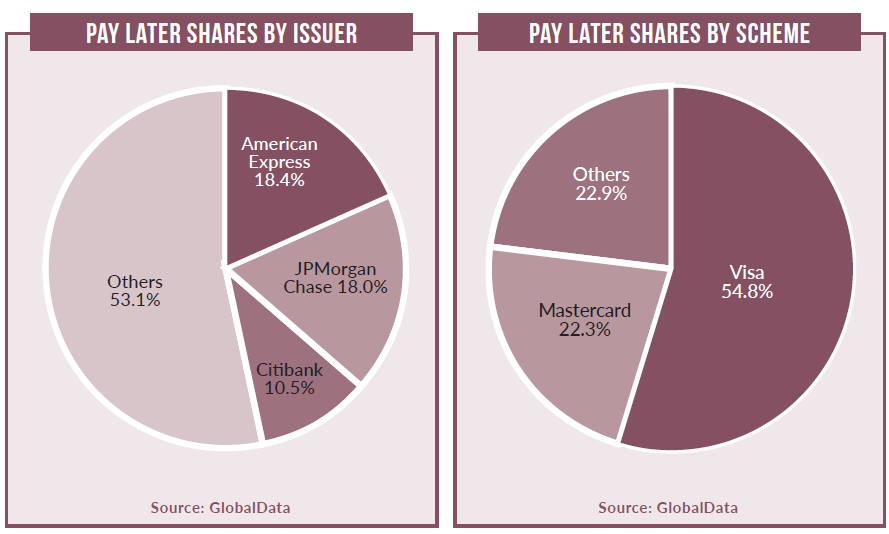 The credit card market registered the fastest CAGR of 8.7% during 2014–2018 in terms of transaction value. US consumers increasingly prefer credit cards over debit cards because of their attractive reward and bonus programmes.

However, growing APRs are becoming a cause for concern among credit card holders, with the average APR rising from 13.19% in 2014 to 15.54% in May 2018. Following the increase in benchmark interest rates by the Federal Reserve in June 2018, issuers such as JPMorgan Chase, American Express, Citibank, Bank of America and Discover raised their APRs.

Debit card adoption is high, with every US consumer holding more than two.

This rate is supported by the large banked population and high levels of financial awareness. However, the share of debit card payments fell during 2014– 2018, both in terms of transaction value and volume – a trend that is anticipated to continue over 2018–2022.

Frequency of payments by debit cards also remained stagnant, largely as a result of a lack of incentives. However, some issuers such are now rolling out incentives in the form of reward programmes.

The US e-commerce market registered a robust CAGR of 12.2% during 2014- 2018. While credit cards account for the largest share of any single payment tool, owing their success to their familiarity and convenience, alternative methods including Apple Pay, Chase Pay, Samsung Pay and Google Pay are also used for e-commerce. 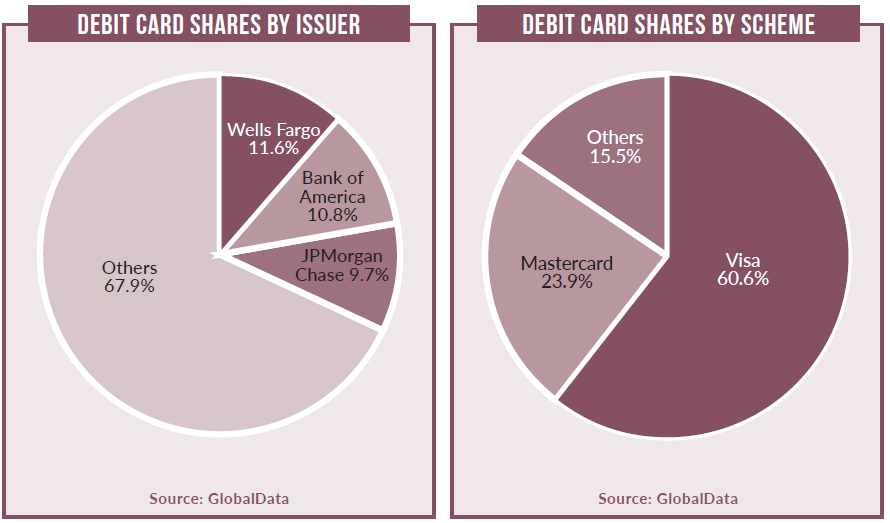 To facilitate contactless payments, MTA plans to install new readers in 500 subway turnstiles and on 6,000 buses in late 2018, and upgrade the remainder by 2020. The MetroCard will be gradually phased out.

In September 2016, the electronic payments association NACHA, which acts as trustee and rulemaker for the ACH Network, implemented phase one of Same Day ACH.

The new payment system enables all bank account holders, including businesses and consumers, to send and receive payments and payment-related information on the same day through the ACH Network. Transactions not covered by Same Day ACH include international payments and high-value transactions exceeding $25,000.