The UK payments market is highly mature – arguably even overserved by its financial institutions. There were more debit cards in circulation than individuals in the UK in 2018, by a considerable margin.

Access to formal financial services in the UK is easy and mostly free, leading to a population that is highly comfortable with credit and debit cards both in store and online. Contactless card numbers and usage have also seen strong growth in the past few years, with the vast majority of contactless users in the UK seeing these cards as helpful. Indeed, widespread adoption of contactless payments – backed by strong contactless infrastructure – is anticipated to further drive electronic payments in the country.

However, there are notable areas of weakness in the market: the mobile proximity payments market in particular remains relatively underdeveloped, and many UK consumers still prefer cash to a certain extent.

Finally, the Brexit referendum result leaves the future of the UK payment market – in terms of economic strength and regulatory change – unclear.

Rising pressure on profitability and growing consumer preference for online banking are driving the concept of digital-only banks in the UK.

Atom Bank was the first such bank, and this model is also used by Starling Bank, Monzo and Fidor Bank. In September 2018, Goldman Sachs’s digital bank, Marcus, was launched in the UK, followed by Germany-based digital bank N26 in October, allowing customers to carry out all banking tasks 24 hours a day from any location. The proliferation of digital-only banks is likely to further heighten competition in the banking space.

Contactless payments are growing in popularity due to retailers’ extensive deployment of contactless POS terminals, coupled with backing from big banks and consumer enthusiasm for the convenience of contactless.

According to UK Finance, there were 118.9 million contactless cards in circulation in the country as of December 2017, up from 58.7 million in 2014. 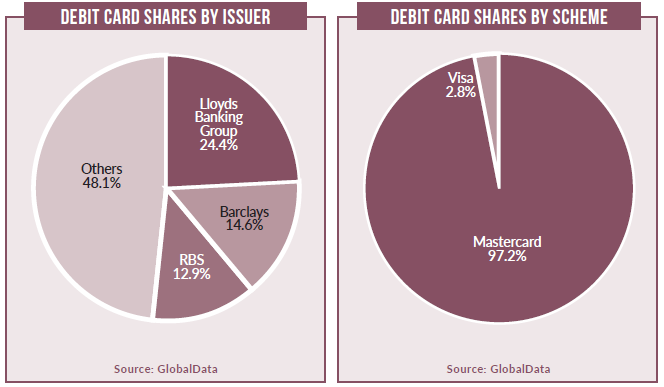 The UK e-commerce market is heavily dominated by payment cards. Debit and credit cards together account for nearly 49% of all online spending. PayPal, the third-most-popular online tool, is also mainly funded by payment cards. The convenience of credit cards and the security of PayPal are important factors for UK consumers making online purchases.

Adoption of prepaid cards in the UK remains limited. With basic bank accounts available to all, there is little reason to use a prepaid card over a basic debit card, yet adoption is gradually growing. A range of prepaid variants such as gift, reward, travel and social cards is available.

Targeting travellers, UK-based provider Moorwand signed an agreement to issue UnionPay International’s prepaid corporate and consumer cards in the UK. The UPayCard is a multi-currency service intended for both businesses and consumers. It targets customers travelling to China, and features an optional dual-currency feature. 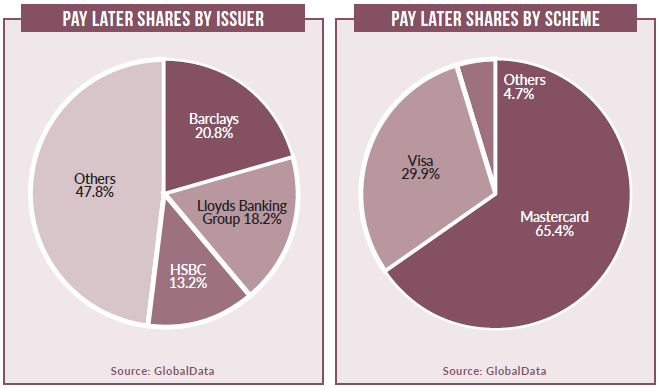