Cash remains the preferred method of consumer payment in Taiwan, accounting for more than three-quarters of the island’s total payment transaction volume.

Consumers in Taiwan have a strong inclination towards cash for day-to-day transactions, despite the gradual rise in electronic payments. The government of Taiwan has been promoting electronic payments through various initiatives, and the necessary payment infrastructure is in place.

However, ATMs are ubiquitous, the retail environment is highly competitive, and the dense urban environment lends itself to the use of cash. Meanwhile small informal merchants with low margins are typically unwilling to absorb the direct cost of card payments, even though cash often attracts higher indirect costs.

Debit card penetration in Taiwan stood at 413.8 cards per 100 individuals in 2017, the highest rate among its regional peers.

However, debit card usage is mostly restricted to ATM cash withdrawals, for which the frequency of use – the number of transactions per card per year – is typically 10 times higher than for POS transactions. This is because consumers prefer cash for low-value transactions at retail outlets, and this is one of the primary challenges that is hindering debit cards usage.

Credit card usage at POS terminals exceeds that of debit cards, with debit cards only tending to be used in instances where other payment methods are not accepted.

Taiwan’s e-commerce market is one of the fastest growing in Southeast Asia, and is driven by rises in internet and smartphone penetration.

The e-commerce market is acting as a driver for electronic payments market growth, owing to the availability of multiple payment options such as debit and credit cards, card on delivery, bank transfers, and digital and mobile wallets.

In the future, e-commerce is expected to expand in the low-value transaction space as Taiwanese consumers become more inclined to purchase and pay for products using mobile phones. 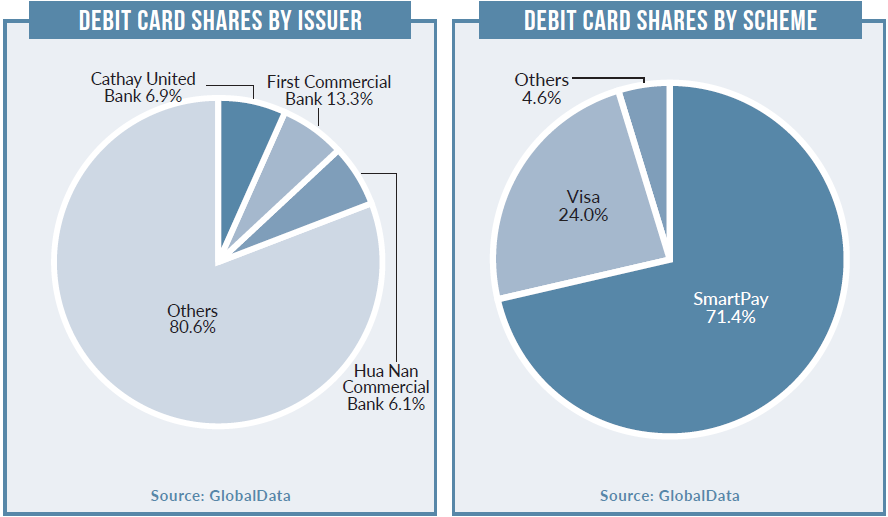 Taiwanese consumers have been familiar with contactless payments since the introduction of the EasyCard subway transit cards in 2002, and awareness is very high as a result.

In addition to contactless cards, mobile contactless payments are also gaining prominence in Taiwan, supported by the launch of high-profile mobile payment solutions such as Apple Pay, Android Pay and Samsung Pay.

Prepaid cards are increasingly gaining acceptance among Taiwanese consumers, as they do not require a bank account and are accessible to consumers who do not qualify for a debit or credit card.

EasyCard is the most popular multi-purpose stored-value card offered by EasyCard Corporation for public transport. It can also be used to pay for bus and taxi fares, as well as fees at designated car parks, stores, government facilities, hospitals and tourist destinations.

The EasyCard can be purchased for $3.10 and recharged at Taipei and Kaohsiung metro stations, as well as at popular retail stores such as 7-Eleven, FamilyMart, Hi-Life and OK Mart. It can also be used to make online or retail purchases.

Due to its multi-use functionality, the card is highly popular in Taiwan for purchases of daily necessities. 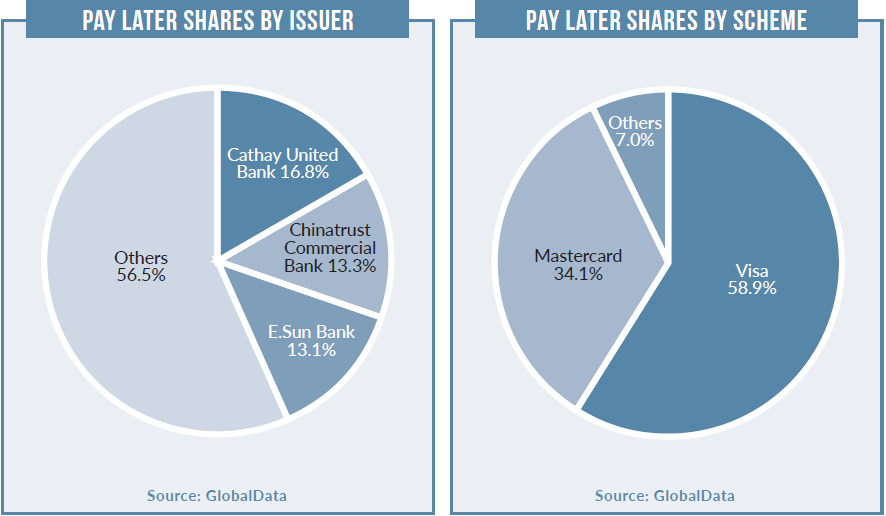 Penetration of POS infrastructure in Taiwan is low. This is largely a result of the dense urban environment, with many small-scale merchants competing for very low profit margins.

Many retailers do not accept card payments because they want to avoid the associated fees. In a bid to overcome this, banks are offering mPOS terminals, which are available at lower costs than traditional POS terminals. This has led to a rise in merchant adoption of mPOS terminals, in particular among street vendors and smaller traders. In January 2015, UnionPay International partnered with CTBC Bank to enable an mPOS acquiring service to help SMEs accept UnionPay cards in Taiwan.

Many tourists to Taiwan come from China, Hong Kong and South Korea, and this partnership has aided the swift expansion in mPOS coverage.