The card reigns supreme in Norway, with few individuals using cash on a daily basis and most possessing a minimum of three payment cards.

Norway’s strong cards and payments industry is the result of a robust economy, an efficient domestic debit card scheme, BankAxept, and a high banked population.

The average number of monthly card transactions and the average annual spend per card are higher in Norway than in more developed markets such as the US, Italy and Germany.

Electronic payments have gained ground during the last 10 years, as the government has invested substantially in building long-term infrastructure for cashless transactions.

Affordable and widely available financial products, a strong presence of digital only banks, consumer preference for e-payments, a competitive market and a transparent business environment will aid the move towards a cashless society.

The frequency of debit card payments in Norway stands at 230.8 in 2018 – one of the highest in the world.

The high use of debit cards is mainly a result of rising consumer preference for cashless payments. Higher fees on ATM withdrawals have also pushed debit card use for payments.

The growing use of debit cards at POS terminals has been supported by BankAxept’s zero-interchange-fee model, which enables merchants to accept debit cards at lower costs.

The introduction of contactless debit cards in June 2017 and anticipated support for online payments by BankAxept by the end of 2018 will further push debit card use for payments.

Pay-later cards accounted for just 18.3% of the total payment card transaction value in 2018.

Although there is a high penetration of pay-later cards, their use remains stubbornly low, mainly due to the debtaverse nature of Norwegians and the high popularity of the local debit card scheme.

However, pay-later cards registered strong growth in terms of transaction volume and value, supported by a growing e-commerce market and increased overseas spending.

According to GlobalData’s 2018 Consumer Payments Insight Survey, credit and charge cards together accounted for 40.2% of total e-commerce transactions by value in 2018. 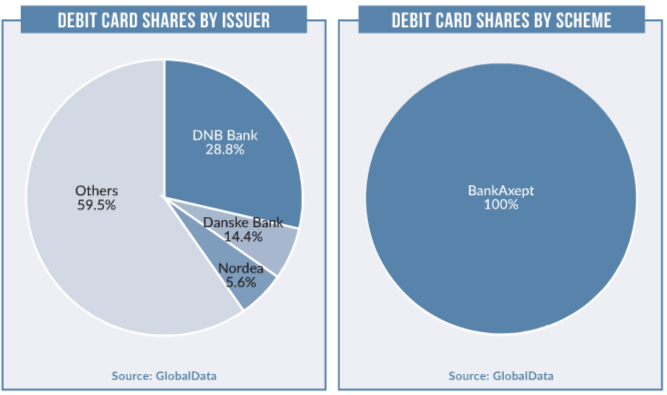 With the growing number of online shoppers, retailers are now focusing on e-commerce. For instance, German fashion retailer Bonprix launched an online store in Norway in August 2017.

The availability of alternative payments including PayPal, Vipps, Masterpass, Klarna and paysafecard are expected to support further growth in the Norwegian e-commerce market.

With the growing preference for digital banking, more digital banks are making their way to Norway.

Malta-based mobile-only bank Ferratum Bank launched operations in the country in 2016. Individuals open an account within the app just by providing their mobile number, email and Norwegian passport details.

The bank offers a contactless Mastercard debit card that can be used for cash withdrawals and in-store payments. Another digital bank, Mono Bank, launched in November 2015.

In 2018, it announced plans to offer both a physical credit card and a virtual card stored within the app. 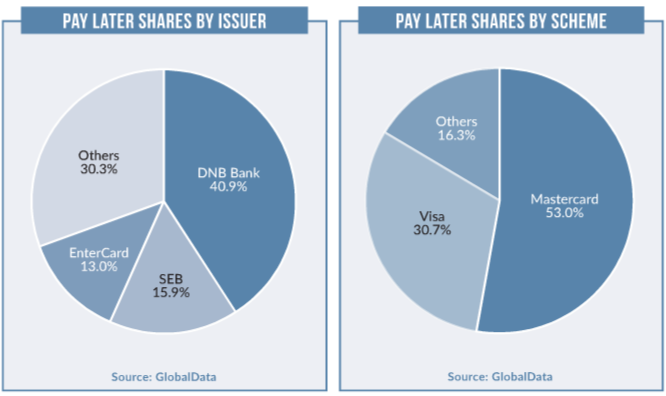 According to Finance Norway, prepaid cards are not very successful in Norway, mainly due to the popularity of BankAxept debit cards, which are offered free of charge.

The high banked population and the fact that each individual holds more than one BankAxept debit card has limited the scope for prepaid card growth.

Despite this, gift cards remain popular in Norway. SpareBank 1 SMN offers Visa gift cards that can be loaded up to NOK5,000 ($609) at ATMs or via telephone banking, and holders can check balances by SMS. Gift cards can be used at both physical and e-commerce merchants