Cash remains the preferred form of consumer payments, especially among the rural population, primarily due to limited knowledge of payment cards or limited access to banking infrastructure. Cash is primarily used for making small-value payments at retailers, and for the payment of utility bills, taxes, and transport fares. A significant proportion of the population is engaged in informal activities, including farmers, street vendors, domestic servants, and self-employed workers.

The payment card market is growing strongly but not explosively, and current trends make it unlikely that there will be a major shift in the near future. Various charges on cards and bank accounts also reduce the appeal of payment cards for most Mexican consumers. Contactless cards and mobile proximity payments are not widely used in Mexico, although the major banks have made some attempts to boost adoption of these technologies.

The government has identified access to financial services as a top priority, and encouraged initiatives that make bank accounts essential for every individual. In this regard, Banco de México has directed banks to simplify the process of opening bank accounts, making access to basic banking products such as bank accounts and debit cards easier.

+Debit cards have grown in prominence on account of the introduction of electronic payroll services, an increase in the banked population, and the government’s distribution of social welfare funds through payment cards.

To further enhance financial inclusion, Mexico joined the UN’s Better Than Cash Alliance in June 2016. The move comes after the government introduced a national policy on financial inclusion to promote the use of electronic payments across the country and reduce the dependence on cash. With 86% of the 124.6 million population owning mobile phones, Better Than Cash Alliance aims to harness the popularity of mobile phones for digital payments.

The credit card market is likely to slow down

The credit card market is likely to be affected by Donald Trump’s victory in the US presidential election. Consequently, banks are cutting credit card exposure to counter a potential rise in consumer defaults and the risks of an economic shock should the new US government restrict trade and business with Mexico. Banks are therefore reducing credit card spending limits and raising consumer lending standards. Banks’ profits would suffer if the US government scraps the North American Free Trade Agreement (NAFTA). 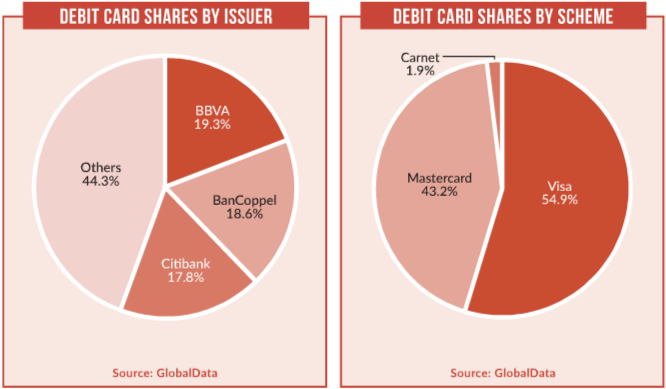 The payment infrastructure is expanding

Mexico’s POS terminal network recorded strong growth from 2013 to 2017, although Mexican consumers remain underserved in general. The majority of merchants are small-scale “mom and pop” operations, and as such are generally resistant to investing in expensive POS hardware, particularly when cash use is so widespread. Mobile point of sale (mPOS) devices will be critical in extending electronic payment acceptance to these merchants due to their lower cost and general ease of use for smaller businesses, which in turn may drive up card usage. 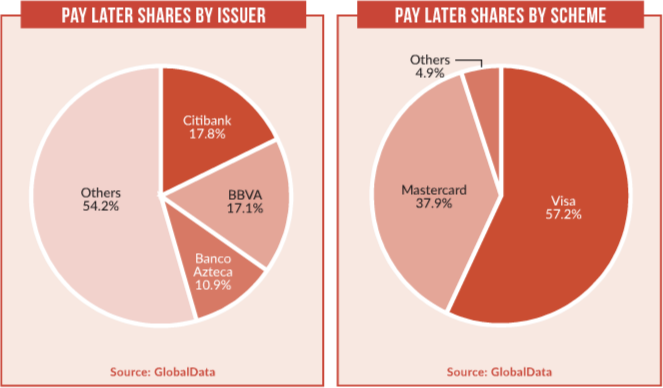 The uptake of alternative payments is gradually increasing in Mexico, with banks launching new solutions in the market. In partnership with Mastercard, Banamex launched its digital wallet, Banamex Wallet, in February 2016. The Android-compatible mobile app can be used to make contactless m-payments, which are authorised by a four-digit PIN. Users can add all Mastercard-branded credit cards to the wallet. Earlier in June 2014, BBVA Bancomer launched its mobile wallet BBVA Wallet in Mexico. The wallet allows secure NFC payments at merchant locations that accept contactless payments. Available on phones with Android 4.4 and above, other phones can use the wallet through NFC stickers.

To combat fraudulent payment activities in Mexico, banks and scheme providers are taking a number of measures, with one example being Mastercard’s introduction of the Identity Check Mobile solution in November 2016. The solution allows card holders to verify online payment by scanning their fingerprint or taking a selfie. Unlike existing identity verification methods – which take shoppers away from a merchant’s website or mobile app and often require them to remember and enter a password – Mastercard Identity Check Mobile verifies the user via technologies such as biometrics and one-time passwords.