The Malaysian payments market remains cash-reliant, but has high growth potential as it shifts towards digital payments.

The growth of POS terminal penetration, the cap on interchange fees, the complete migration of cards to EMV standards, and significant recent developments in e-commerce have all contributed to the ongoing digital transformation of the market.

Adoption of contactless technology, e-commerce growth and the emergence of alternative payments are expected to boost electronic payments in Malaysia.

Moves include waiving fees on instant transfers of up to MYR5,000 ($1,235) and increasing cheque-processing fees. To improve the country’s payment infrastructure, the central bank plans to have 800,000 POS terminals across Malaysia by 2020.

To support this aim it set up the Market Development Fund in 2015, under which credit card scheme providers share 0.1% of interchange fees towards the development of POS infrastructure.

Debit cards remain the largest card type, accounting for 80.6% of the total number of cards in circulation in 2018, largely as a result of the country’s high banked population.

Although debit cards are traditionally used for cash withdrawals, they are now gradually being used for payments, especially for low-value transactions, driven by rising consumer awareness, the introduction of contactless debit cards, and expansion of the POS network.

The Malaysian e-commerce market jumped in value from $1.2bn in 2014 to $4.9bn in 2018, an impressive CAGR of 41.1%. The proliferation of internet users, growing interest in online shopping, high smartphone penetration and the increasing number of online merchants have all contributed to this growth.

Meanwhile, the emergence of alternative solutions such as PayPal, Masterpass and Visa Checkout has also boosted the e-commerce market. 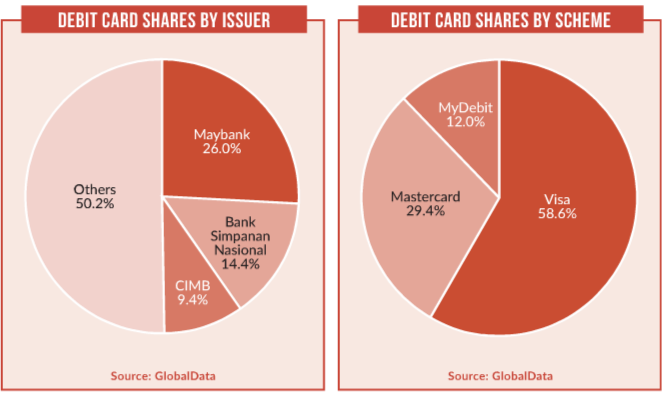 Prepaid cards are increasingly gaining acceptance among Malaysian consumers, as they do not require a bank account and are accessible to consumers who do not qualify for a credit card.

The card can be reloaded with between $2.47 and $2,471. Similarly, RHB Bank offers the SOGO-RHB prepaid card, which enables card holders to earn reward points for monthly purchases at SOGO outlets. 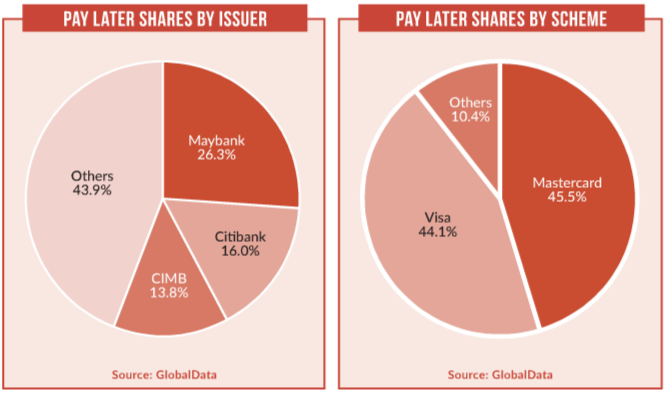 Growth was supported by the establishment of the MDF, under which 0.1% of credit interchange fees is put towards boosting deployment of POS terminals.

The cap on interchange fees set by the central bank has encouraged merchants to accept card payments.