This status acts as an encouragement to banks from Mainland China and other overseas markets to expand their presence in Hong Kong. The special administrative region of China represents a mature payment card market in Asia, with 26 million payment cards in circulation for a population of just over seven million.

Payment cards are the second-most-popular payment instrument in Hong Kong, accounting for 24.3% of the overall payment transaction volume in 2018. Growth in Hong Kong’s payment card market is driven by pay-later cards, which accounted for 67.1% of the total card payment value in 2018.

The payment card market is expected to grow further against a backdrop of banks expanding their services in rural areas by launching mobile banking branches and new physical branches.

The Hong Kong Monetary Authority is clearing the path for the establishment of virtual banks, and an instant payment system will only aid this growth. 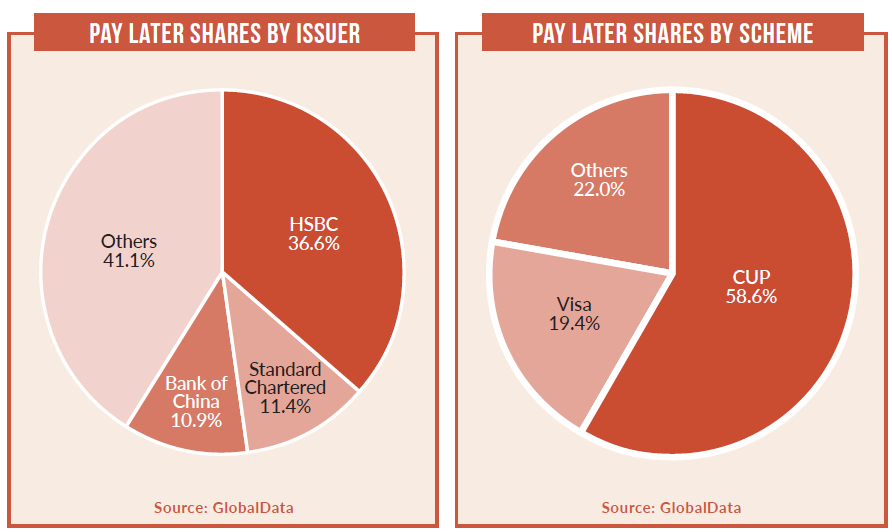 The number of pay-later card payments has registered strong growth both in terms of volume and value, recording respective CAGRs of 8.6% and 5.9%.

Hong Kong’s e-commerce market grew significantly between 2014 and 2018, recording a CAGR of 15.1%. This growth has prompted many companies to launch online and alternative payment solutions. 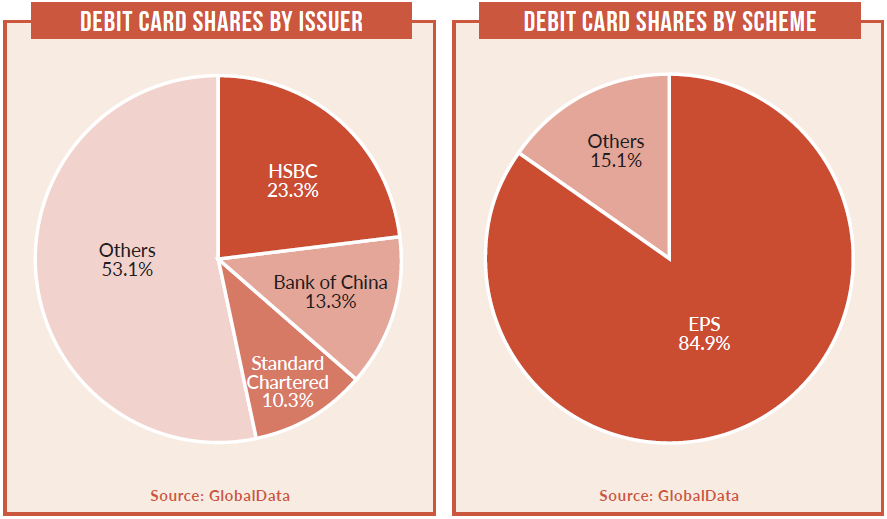 Hong Kong’s consumers are particularly keen users of prepaid means of payment, with each individual holding an average of five prepaid cards. This high uptake is mainly a result of the popularity of the Octopus Card, which is held by the vast majority of Hong Kong citizens.

Alternative payments are gaining traction in Hong Kong, with leading international brands such as Apple Pay, Samsung Pay, Google Pay and Alipay all present in the market.

Samsung Pay was introduced in Hong Kong in May 2017, allowing users to make purchases at participating stores with Samsung devices using all forms of terminal and card, including magnetic stripe, EMV and NFC.

The number of POS terminals recorded a CAGR of 3.9% between 2014 and 2018. As a result, the potential for card-based payments in Hong Kong is also expected to grow.

Some payment service providers are launching mPOS readers specifically to serve SMEs. Advanced Card Systems launched its wireless mPOS reader, AMR220-C1, in July 2018. The solution was developed in compliance with EMV, Mastercard PayPass and Visa payWave, and works with both mobile devices and desktop and laptop computers.