The French payments market is mature and highly competitive, registering the highest turnover per card for 2017 among peers including the UK, the US, Germany, Italy, Spain, and Canada. Average annual spend per card is also highest in France. Debit and charge are the most popular types of cards, while credit card usage is low due to the debt-averse nature of French consumers.

Many are still heavy users of cash, but those who do possess cards – particularly debit and deferred debit cards – use them frequently at the POS. France has a highly developed POS infrastructure, with a large number of POS terminals overall as well as a large proportion of contactless-compatible terminals, driven in part by the French government’s efforts. A typical feature of France’s payment card market is the availability of multi-functional cards, whereby a single payment card is integrated with more than one function, providing access to several accounts via one card. The most popular combination is debit and credit facilities.

The French e-commerce market is highly developed, ranking as the fifth-largest globally in terms of spending behind China, the US, the UK, and Japan. The e-commerce market posted a compound annual growth rate (CAGR) of 13% between 2013 and 2017 as consumers became increasingly comfortable shopping online. French consumers use their payment cards heavily online, driven by comfort, convenience, and security.

High online and smartphone penetration, increasing consumer confidence in online transactions, and the presence of secure online gateways have driven e-commerce growth. With more than half of all internet users in France involved in online shopping, lower levels of indebtedness compared with other European countries, and a relatively young population, the e-commerce market will register strong growth between 2017 and 2021.

The French government introduced legislation in 2016 obliging businesses to install payment terminals capable of accepting contactless cards and NFC-based mobile wallets when purchasing new POS terminals. This move, designed to improve the adoption and usage of mobile payments and contactless cards, will also have a significant impact on terminal manufacturers, which are no longer allowed to sell contact-only devices. 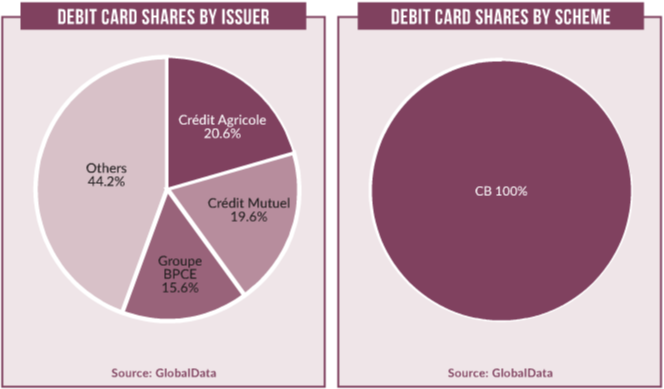 Prepaid cards are available for different consumer segments and are accepted almost everywhere. Cards are generally linked to a bank account so that transactions are easily traceable and funds can be conveniently loaded.

La Banque Postale has been issuing prepaid cards since 2008. It offers personalised non-rechargeable gift cards targeted at people aged 12 and above that can be preloaded with amounts ranging from €40 ($42.10) to €799.

Leading scheme provider CB moved into the prepaid market in late 2005 with the launch of a gift card as part of its Carte Bleue product range. Unlike gift vouchers, which are largely restricted to use at an issuing merchant’s outlet, the CB gift card can be used at all CB partner merchants.

In December 2016 the government introduced a regulation placing restrictions on the ways in which cash and prepaid cards can be used in order to curb the financing of terrorism, which has affected prepaid cards in France. Effective from January 2017 the maximum limit of prepaid cards was set to €10,000. Reloading prepaid cards through cash or anonymous e-money methods and cash withdrawals made by prepaid cards were limited to €1,000 per month. 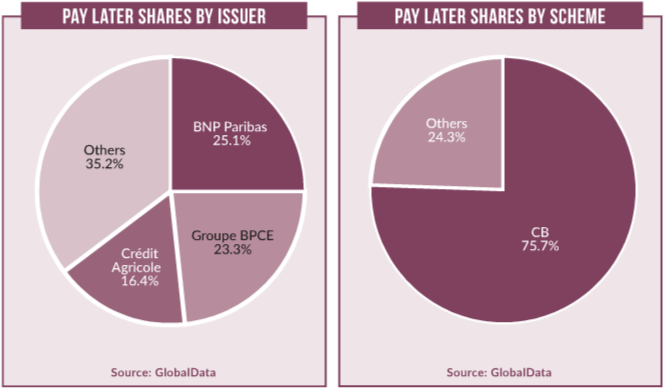 The leading banks dominate the payment acquiring space in France

Crédit Mutuel dominates the market in terms of transaction value, and the bank signed major electronic payment processing contracts with the distribution groups Carrefour and Leclerc through the latter’s banking subsidiary Edel in 2008.

BNP Paribas collaborated with Ingenico Group in March 2016 to assist online merchants in bolstering their online sales in Europe by accepting both international and local methods of payment. Their combined electronic payments solutions enable businesses in 14 European nations to accept online payments in eight different currencies. The bank’s electronic payments are supported by domestic platforms in France, Italy, and Germany and a central platform covering 13 nations.