The Australian payment card market continues to evolve at a rapid pace. Australians are very comfortable using debit and credit cards for payments, and the two card types are used almost interchangeably.

Growth in the payment card market in recent years has been characterised by the rise of contactless payments, growth in debit card usage, and the emergence of digital wallets. Despite this, digital wallets still need to demonstrate to consumers

their greater benefits and convenience as compared to traditional payment cards.

Consumers now have more choices of payment instrument, particularly for low-value purchases, and there has been a consequent decline in the use of cash.

The transition towards electronic means of payment is expected to continue over the period 2018-2022, as a result of the growing number of contactless payments being made, and the launch of the New Payments Platform (NPP).

Competition has, as a result, heightened among card issuers vying for top position. As consumers increasingly turn towards digital channels, the stakes have been further raised, with new challenger banks such as Volt Bank and Xinja likely to pose a threat to major financial institutions in the country. 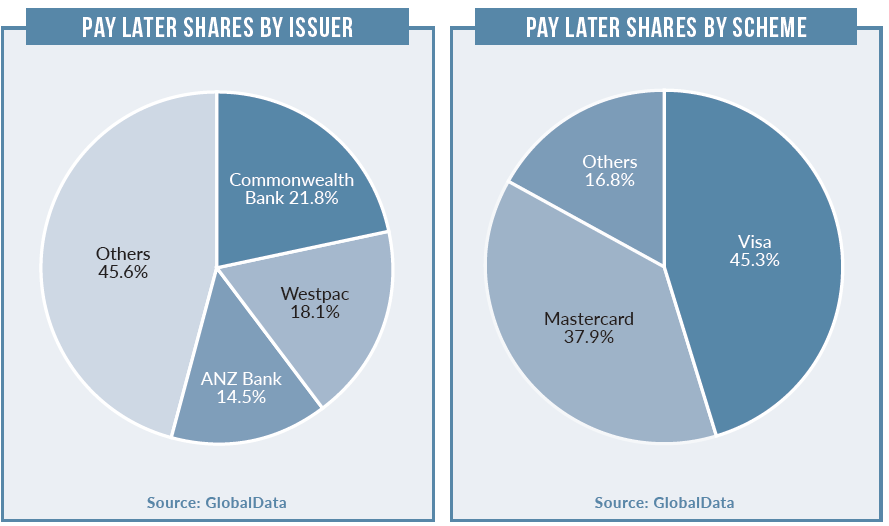 Debit cards are expected to surpass pay-later cards in terms of card payments value over the next five years, as a growing number of Australian consumers are cutting down on unnecessary expenditure and increasingly using debit cards to make payments.

To compensate for revenue loss due to the reduction in interchange fees, many issuers have increased annual fees and cut reward benefits, particularly on premium credit cards, thereby making them even less appealing than previously.

However, card issuers have also begun offering benefits on debit cards, including cashback, fee-free ATM access and reward benefits; the end result of this move is growing consumer use of debit cards for payments.

Australia is one of the world’s most highly developed contactless card markets, with the majority of consumers having access to a contactless payment card.

Australian consumers and financial institutions alike have embraced the technology, with the extensive acceptance infrastructure in the country being a principal reason why the cards have gained so much popularity.

Backing from the big banks and large merchants has also done much to make contactless a standard form of payment in the Australian market. 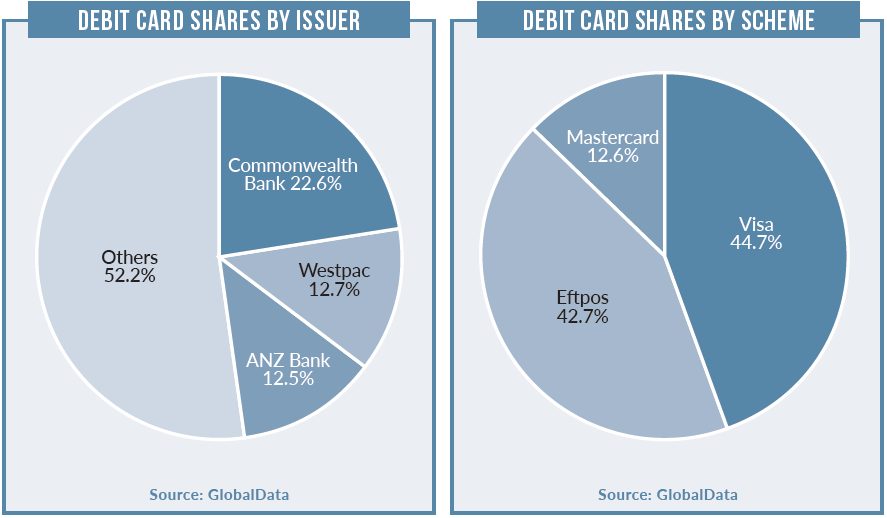 THE RISE OF E-COMMERCE

The availability of a number of alternative payment solutions, such as PayPal, Apple Pay, BPAY and POLi for online purchases, has also supported the e-commerce market’s growth.

To offer enhanced convenience and encourage electronic payments for even low-value transactions, in February 2018 the Reserve Bank of Australia and its Payments System Board introduced a new payments infrastructure, known as the NPP.

The new platform allows customers with accounts at different banks to make payments and transfer funds in real time. The facility is available to users 24 hours a day, seven days a week, 365 days a year.

Developed by SWIFT in collaboration with 13 members of Australia’s financial services industry, the platform provides an addressing service known as PayID, which allows users to enter only the recipient’s mobile phone number or email address to transfer money.