The French and Italian credit card markets could expand if issuers provide additional store discounts. But mobile wallet providers in India and China should reconsider their discounts, as currently this incentive is not encouraging credit card usage.

In addition to differences in penetration, the incentives provided to convince consumers to use credit cards also vary – particularly in terms of retailer discounts. Notably, GlobalData’s Credit Card Customer Analytics identified that 47% of respondents in India and 59% of respondents in China stated that their credit card offers discounts at shops as a feature.

However, just 21% of respondents in India and 17% of respondents in China are influenced by this benefit when choosing their credit card. This suggests issuers are partnering with merchants to provide discounts despite limited demand for such incentives.

Overall, there is no doubt that Asia lags behind the West in terms of credit card adoption, but there is still room for growth. To grow the credit card market further in the West, particularly in France and Italy, issuers should partner with more merchants to provide a greater variety of store discounts. By contrast, credit card providers in India and China should find alternative incentives to encourage uptake and usage. 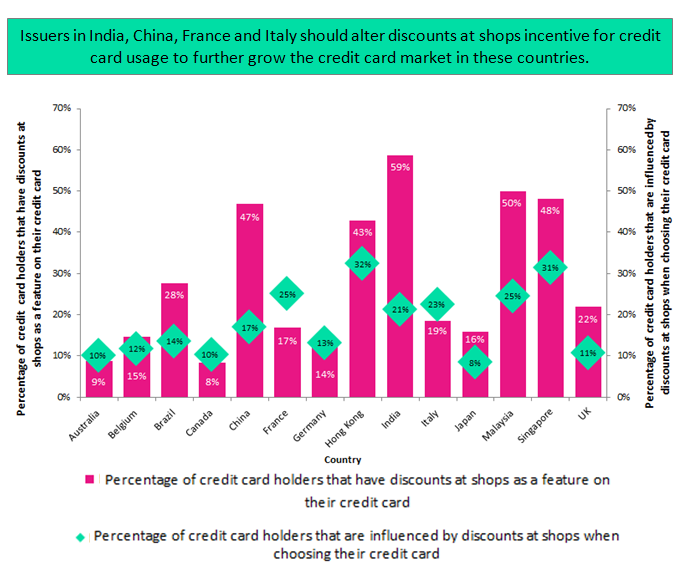