As early economic data starts rolling in regarding the impact of the current COVID-19 pandemic, it is clear to everybody that one of the industries which will benefit the most is e-commerce. Global lockdown measures are aggressively changing consumer behaviour and forcing people to use online shopping a lot more.

Therefore, most people who were already avid virtual shoppers are now using digital retailers even more and those who preferred to simply go out and make purchases are drawn into e-commerce due to the reality of still needing to buy things while being mostly confined to their homes. E-commerce is growing at a fast rate and will most likely have converted occasional users to more recurrent online shoppers in the medium to long run, resulting in sustained growth in the coming years.

Not only is the industry as a whole growing at an organic rate due to more digital purchases overall, but it is becoming an even more integral part in the economies of every nation. As we are probably approaching a global recession and many industries are seeing daily bankruptcies, economists are revising GDP data for 2020 and the forecast for years to come.

Given general manufacturing, retail and purchasing power are overall going down, it is no surprise that so are the major macro-economic indicators for most countries. With e-commerce being one of the only rising industry in a midst of an impending economic downturn, it will represent an even higher share of GDP going forward. 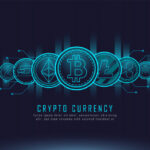 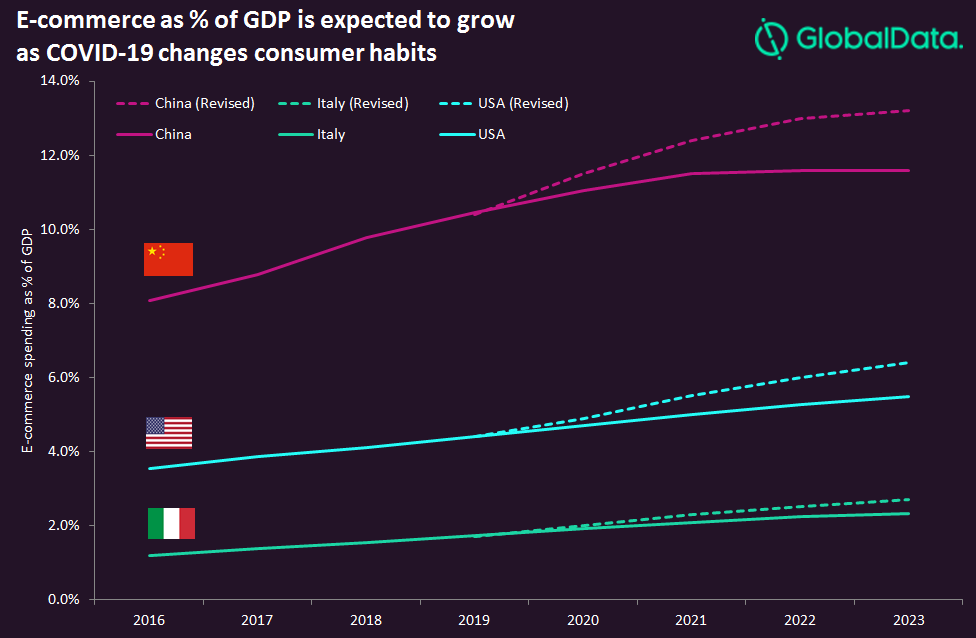 GlobalData estimates that the pandemic will have strong effects on e-commerce spending in the near term. To take Italy, China, and the US – some of the most-affected markets by COVID-19 – as examples, these countries will all see a significant boost to e-commerce as a result of the outbreak in the revised forecasts.

Although we are still early in estimating the impact that COVID-19 had on the economy, it is quite apparent that consumer habits are changing aggressively and that we will most likely look back on this time in the future to pinpoint one of the main moments where E-commerce truly became the mainstream method of purchasing.