Tinkoff is a mega Russian cards sector hit. Founded little over a decade ago it ranks second in Russia for credit cards with a 13.2% market share.  As Douglas Blakey reports it is now forging ahead with a growing share of the debit card market and rolling out a super-app

Tinkoff is enjoying a strong fiscal 2019 built on its original success in the Russian credit card sector.

However Tinkoff’s non-credit business lines continue to deliver robust performance thanks to customer base growth. They now represent 32% of the group’s total revenue in the first nine months of 2019.

This all helped Tinkoff to report third quarter total revenue up by 50% y-o-y to RUB43.6bn. A major factor is a whopping 55% rise in net interest income to RUB22.9bn. Meantime, fee and commission income is up by 33% to RUB9.4bn.

And now there is evidence of Tinkoff’ success in targeting the debit card sector.

At the end of the third quarter, Tinkoff had over 6.3 million current account customers with a total balance of RUB169.2bn across all accounts. Notably, the number of retail banking current accounts is up by 39% for the year to date.

Among third quarter highlights was the landmark achieved in September as Tinkoff issued its ten millionth Mastercard.

In addition, Tinkoff has over 514,000 SME customers with RUB45.3bn in total on their current accounts.

And to that end, Tinkoff is now launching what it dubs its super-app.

Tinkoff says that the app meets almost any financial, leisure or lifestyle need its users may have. And it claims the Tinkoff super-app represents a European first for any financial services company.

The Tinkoff super-app combines all the components of the Tinkoff ecosystem. It adds more capacity for its 10 million customers. Tinkoff says that it remains on target to grow customer numbers to over 20 million by 2023.

The Tinkoff super-app is already available in beta for some users. The app will be released shortly in a version 5.0 for iOS. An Android version will follow.

The Tinkoff super-app’s key feature is its own marketplace. External partners can connect to the marketplace (via open API). This uses the “app-in-app” model and offers targeted products and services within the Tinkoff app.

Other features coming soon include:

The initial version of the new app will include two new services – health and beauty. Tinkoff customers will be able to use the app to make a doctor’s appointment in private and public clinics. In addition, they can sign up for a beauty salon visit.

Health and beauty services will be provided via the marketplace by our partners ‘NaPopravku’ and ‘Yclients’. Their mini apps have been integrated into Tinkoff super-app’s marketplace using OpenAPI on a white-label basis.

Tinkoff already has in place agreements with major players in each industry. Consequently, customers will access a myriad of services at a discount and with cashback deals. 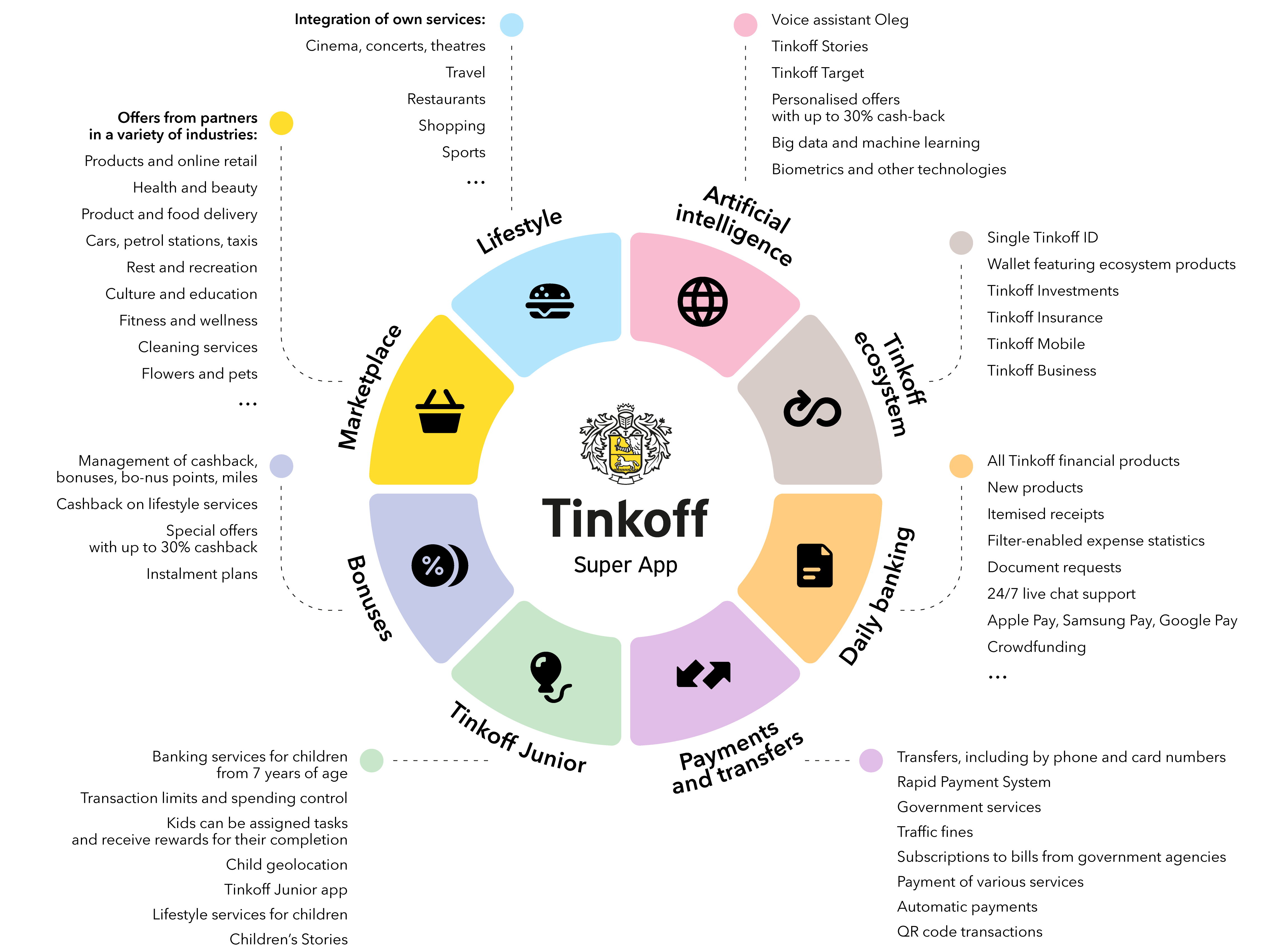