The pandemic has accelerated the journey to a cashless society at a dizzying rate as shops opt for card usage over cash. And while not everyone is ready to let go of cash transactions completely, one survey suggests that the decline of cash on the UK is so rapid that cash use could hit 0% as early as 2026, writes Douglas Blakey

The past 10 years has seen the number of cash withdrawals in the UK drop by 22%. In fact, with only two million cash withdrawals, 2019 saw a 9% decrease in the volume of ATM usage made by UK cardholders from the previous year.

Between 2019 and 2020 the country saw an 8% closure of free-to-use cashpoints leaving approximately 24% of bank machines charging Brits to withdraw their own money.

Despite this, 96% of cash withdrawals at UK ATMs made by UK cardholders still remain free of charge.  And while it seems somewhat implausible, a report from Merchant Machine, examining the UK’s changing habits with cash predicts when the UK could become a completely cashless society.

AI hiring levels in the payment industry rose in May 2022

47% of UK adults say that they would find it problematic if there was no cash. A further 17% state that they were unsure of how they cope or if they would be able to cope at all. 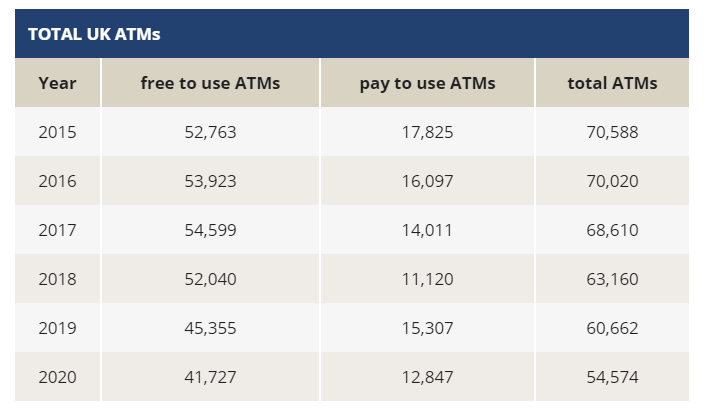 As Ian Wright, founder of Merchant Machine comments: “The decline of cash usage around the world represents the increase in payment technologies and the changing attitudes in both consumer and businesses. However, this study shows that not all countries are ready to make the full move towards a cashless society.

“Many people are still making paper transactions despite the decline of cash machines available. Therefore, it’s important to consider those who feel uncomfortable with digital payments platforms as we move further and further away from cash.” 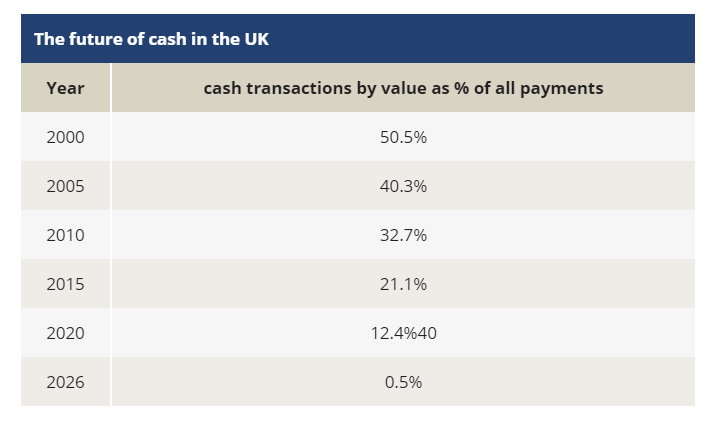 The Top 10 Countries Most Reliant on Cash

With around 78% of payments made in cash, Romania is the country most reliant on physical cash. Nearly half (42%) of the Eastern European country population is unbanked showing that many of the citizens still cling to notes and coins.

Bulgaria (63% of payments in cash), Kazakhstan and Ukraine, both at 60% and Egypt (55%) round off the top five countries by this measure.