Aayaz Pira, vice president of Digital Channel Strategy at CIBC says: "We’re focused on making banking easy, personalised and flexible for our clients. So we look at our opportunities in digital banking against that strategy to ensure we’re delivering the features and services that clients want, and that will have a positive impact on the overall client experience."

Pira says that having a strong digital banking offer is now table stakes in Canadian retail banking. "You have to deliver the functionality clients want, and you have to stay in front of trends in order to deliver on the client experience," he notes. 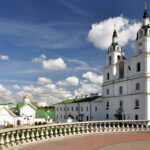 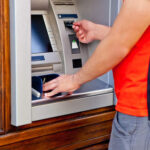 MultichannelPira says that, in general, CIBC’s clients use multiple channels for their banking.

"They often use digital channels for everyday banking, but then switch to another channel to solve a problem or complete a more complex transaction," he says. "Year-on-year growth of our mobile banking channels is in the double digits and has started to exceed that of online banking. This is remarkable considering that mobile banking was launched first in the Canadian market by CIBC in 2010, just five years ago."

"Although a number of Canadian banks offered WAP (wireless application protocol) banking prior to 2010, CIBC was the first to launch an iPhone app and a robust mobile banking website," says Forrester Research senior analyst Peter Wannemacher.

CIBC’s clients want access to all the bank’s channels, but for different types of transactions, Pira says.

"Our digital channels continue to see growth in routine transactions, driven by the convenience of anytime, anywhere banking on mobile devices," he says. "Branch and other high-touch channels continue to be the primary touchpoint for more involved and complex financial products, services and planning needs."

While CIBC’s mobile channels are more popular among its younger clients, it is a misconception that digital channels are only used by younger age groups, Pira says. "For example, in the last year, we’ve seen strong growth in mobile banking in the 55 plus segment," he notes.

In a June 2015 speech at the Empire Club of Canada in Toronto, CIBC’s CEO and chairman Victor Dodig said that CIBC’s mobile banking log-ins had grown by 36 percent in the past year and now exceeded 30 million a month compared to four million branch visits a month. He added that 80% of all CIBC’s retail transactions are now conducted outside the branch, with that figure expected to increase over time.

Product sales"Clients who actively engage with us through digital channels tend to have a significantly deeper relationship with CIBC," says Pira. "In terms of product sales, across the breadth of our product line-up, today CIBC only offers a subset of products for acquisition on our online and mobile channels, and these tend to be more of the mass market products such as deposit accounts, credit cards, insurance products, etc."

Pira says CIBC continues to see interest from its clients in buying banking products remotely. "This works best with products that have low complexity and are one-time purchases," he says.

"For other products, applications can be started online but in some cases the customer will shift back to the branch to complete the process.

"In general, there is a growing interest from our clients in being able to do more online and through mobile, including opening accounts and completing more complex financial transactions."

Smartphone-onlyThe number of CIBC’s mobile banking customers who use their smartphones exclusively for banking transactions is growing as CIBC adds more functionality to its mobile banking app relative to online banking, Pira says.

"We’re seeing very strong adoption of smartphone banking by our customers," he says. "Mobile banking adoption has exceeded the rate at which Canadians adopted online banking in the 1990s, and we’ve seen strong growth numbers across all age groups in recent years."

As part of its efforts to integrate its digital channels, CIBC is working on several initiatives to allow clients to have a deeper interaction at ATMs, including using their mobile device to withdraw cash, Pira says.

In 2014, CIBC launched an eDeposit service aimed at business clients who receive a large volume of cheques, enabling them to deposit cheques online using desktop scanners.

Personal Financial Management"We recently launched enhanced personal financial management (PFM) features on CIBC’s online banking site," says Pira. "Based on client feedback, we emphasized the most relevant tools clients want to use and embedded them on the main page of our online banking site."

The new PFM features include giving clients access to their net worth at a glance, and allowing them to set savings goals with progress tracking, Pira says.

Mobile app enhancementsCIBC regularly enhances its mobile banking apps based on client feedback. "We’re careful to change only what will have a positive impact on the client experience," Pira says.

Recent enhancements include two-factor authentication, where a client logs in to CIBC’s mobile banking app or to online banking, and then obtains a one-time verification code via SMS/phone/email prior to completing any sensitive banking transactions.

Pira says: "We’ve also improved the overall client experience by providing clients with the ability to sign up directly for mobile banking (without having to register and sign up for online banking first), and complete self-service password resets from within the app.

"Since launch, this new enhancement has diverted significant call volumes from our call centres. We now also provide our clients with mobile targeted offers, enabling acceptance of these offers fully within our mobile banking app," Pira adds.

Feedback"With each enhancement we make, we get regular feedback from our clients," says Pira. "One of the advantages of mobile and digital channels is that feedback mechanisms are almost immediate. Leveraging traditional market research as well as social media, we’re in constant contact with our clients about their needs today and what they would like to see in the future.

"We also invite clients to take part in on-site focus groups where we let them try enhanced versions of our mobile and online banking functionality to get their feedback on our planned enhancements before they hit the market."

WearablesIn April 2015, CIBC launched the CIBC Mobile Banking App for the Apple Watch, which enables clients to use their Apple Watch to check their balances and recent transactions, transfer funds between accounts, and find a CIBC branch or ATM.

"In areas such as wearables and payments, we see innovations that will allow Canadians to connect seamlessly with their bank, and get more out of their everyday banking," says Pira.

"Also, we see the opportunity for banking apps to fit the lives of our clients through developing new functionalities that will help clients when they are looking for a home, or will integrate with retailers to offer better value for people who pay with their phone.

"This would take apps beyond the transaction at hand and deliver more value to clients in everyday activities."

Five Canadian wireless carriers Bell, Rogers, Telus, Koodo and Virgin Mobile Canada, are offering the Suretap wallet across Android and BlackBerry smartphones, with other device platforms expected to follow by the end of 2015.

CIBC says its customers can load their CIBC MasterCard- and Visa-branded credit cards into Suretap.

CIBC launched Canada’s first mobile payments app in November 2012. The CIBC Mobile Payments App allows customers to charge purchases of up to C$100 ($76) to a credit card using their smartphone.

Analyst viewCIBC and Scotiabank came joint first in Forrester Research’s 2015 Canadian Mobile Banking Functionality Benchmark ranking, with a score of 75 out of 100. BMO Bank of Montreal came second with a score of 69. TD scored 68 and RBC Royal Bank of Canada scored 61 in the Forrester ranking.

CIBC received the top ranking for online banking functionality in Canada among the big 5 banks reviewed in Forrester Research’s 2014 Canadian Online Banking Benchmark report. Scoring 76 out of 100, CIBC was followed by RBC with 75, BMO and Scotiabank came joint third with 72, and TD Canada Trust scored 61.RBC came first with a score of 76 in Forrester Research’s 2014 Canadian Bank Digital Sales Benchmark, followed by CIBC with 72, TD with 71, BMO with 66, and Scotiabank with 59.

"CIBC has been solid in digital banking for a few years, but it has been especially strong in mobile banking," says Forrester Research’s Wannemacher.

"The bank has been out in front when it comes to providing robust mobile services to existing customers, mobile wallet capabilities, mobile cross-selling and shopping, and more. This area is heating up across Canada – all of the Big Five banks have now embraced what Forrester calls the ‘Mobile Mind Shift’ – so CIBC is in no way safe.

"But CIBC’s digital banking platform is in great shape. When it comes to online banking, CIBC has made targeted enhancements – a great redesign of its home page, for example. If executives at CIBC continue to make smart decisions – rather than throwing ideas at a wall, something no bank can afford to do – it could continue to lead in digital banking in Canada."

In his June 2015 speech, Dodig referred to "the real challenges faced by the banking sector from outside disruptors, technology and more sophisticated and demanding clients.

At CIBC, we welcome and embrace those challenges," he said. "In fact, we are responding with nothing less than a top to bottom reinvention of ourselves, and the traditional banking model."

Dodig said CIBC is closely watching new developments such as Apple Pay, peer-to-peer lending platforms, and the blockchain technology that underlies digital currencies such as Bitcoin.

CIBC plans to deepen its collaboration and strategic partnerships with outside innovators, working with new technology partners and networks, and providing seed money to incubator and accelerator programs, Dodig said.

One example is a partnership which CIBC announced in April 2015 with Toronto-based high-tech incubator MaRS Discovery District to create a permanent corporate innovation lab where CIBC teams will collaborate with researchers from start-up companies to develop new banking technologies.

CIBC said in a news release that the CIBC Mobile Banking app for Apple Watch was developed by CIBC team members based at MaRS.

"Development was accelerated through CIBC’s ability to quickly prototype the watch with business and technology teams working side by side," the bank said.